How many times in your life have you heard people or even preachers in churches, social media or on television sharing so called “unknown” prophecy items they have discovered and readily share with their audiences. Wars, eclipses, the year 2000, an asteroid, hurricanes, September 23rd 2017 or maybe a recent earthquake? Let’s be careful that we aren’t being led astray by the enemy by attempting to uncover that which isn’t ours to know.

Matthew 24:36 states, “But about that day or hour no one knows, not even the angels in heaven, nor the Son, but only the Father.”

After having read that verse, ask yourself this question – Is my search for some kind of signs for the end of the world or Jesus’s return at all based on pride or need for control? Is the source of these predictions irrefutable, or does this source make a new YouTube video every year after they deleted the last one off their website after it never happened? The seconds, minutes or hours you have spent discussing or listening to these predictions are probably a trap from the enemy, designed to divert your attention from devoting your time to growing God’s kingdom and lessening your influence and credibility with believers and nonbelievers alike. How do you think people will feel about your words or ideas after you endorse or repeat some of this nonsense?

2 Peter 2:1-3 seems pretty clear! “But there were also false prophets in Israel, just as there will be false teachers among you. They will cleverly teach destructive heresies and even deny the Master who bought them. In this way, they will bring sudden destruction on themselves. 2 Many will follow their evil teaching and shameful immorality. And because of these teachers, the way of truth will be slandered. 3 In their greed they will make up clever lies to get hold of your money. But God condemned them long ago, and their destruction will not be delayed.”

Pretty sure God was being quite clear to stay away from crackpot predictions and visions with these words. Let’s take this a bit further to NASA statistics for those of you who need logical scientific proof: 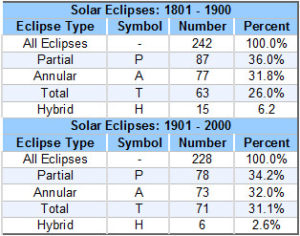 You will see here that the amazing hysteria and awe of the recent solar eclipse is nothing new and quite common, and the total number of eclipses has actually decreased over the last century. Maybe you read about or saw on social media about world ending recent earthquakes? 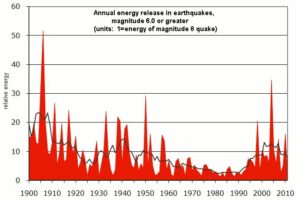 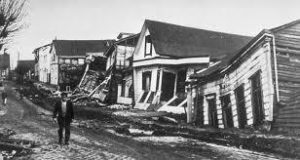 But wait, wait, wait! Maybe you ran across the “the world is so evil now” telltale sign that Jesus is about to return? Jeremiah 23:14 may help extinguish falsehoods:

“But now I see that the prophets of Jerusalem are even worse! They commit adultery and love dishonesty. They encourage those who are doing evil so that no one turns away from their sins. These prophets are as wicked as the people of Sodom and Gomorrah once were.”

Here is Jeremiah thousands of years ago talking about false prophets, horrible immorality and sexual perversions happening before his time and in his current time. Doesn’t this sound quite similar to our present day issues? We could list thousands of examples to get to one truth.

No one but the Father in Heaven knows when Jesus will return, no one but Him knows when the world will end. Be careful in entertaining predictions and end of world fanatics and those who falsely intertwine the message of Jesus with their own twisted logic. They may wholeheartedly believe these predictions or be led by other motives, who cares! Stay focused on your personal relationship with Jesus. Stay focused on Jesus’ face and His sacrifice on the cross and His resurrection. Instead of watching, listening to, or reading this garbage…focus on showing others the love, grace, mercy and forgiveness you have received unconditionally from your Father. Submit to Him fully every aspect of your life and completely dedicate yourself to His will, loving Him over everything and discipleship. These are the things Jesus explained matter, not myths or false predictions. Run strong and steady to the finish line, don’t miss it worrying about nonsense we are not meant to know!

For a time is coming when people will no longer listen to sound and wholesome teaching. They will follow their own desires and will look for teachers who will tell them whatever their itching ears want to hear. They will reject the truth and chase after myths. 2 Timothy 4:3-4